Runners Take on the Heat at The 2018 Virgin Money London Marathon!

More than 40,000 runners completed the hottest race day on record, making the 38th edition of the race the biggest in its history. Her Majesty The Queen stepped onto a special podium in front of the Round Tower in the grounds of Windsor Castle to push the start button at 10am to officially start the event, and set off the runners on the famous 26.2 miles. 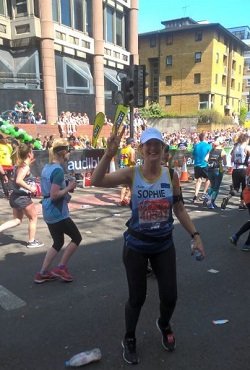 Julie Saliba, 43 from Colchester was one of the 11 HRCC runners and made it safely to the finish line in 05:06:19 and has so far raised a fantastic £1,729.50 with more funds to come in. Julie also held a cake/bring and buy sale at Cardinal Bourne Hall, on Priory Street in Colchester on Wednesday 25th April.

“When I was diagnosed with cancer in 2013 I went to the Helen Rollason Cancer Charity for support. Over time they became invaluable to me; it was so nice to have somewhere to park your concerns and thoughts for a while. It was like having permission to really think about things and sort it all out in my head rather than worry about it at night, which is the worst thing to do. It was also good to have an appointment that wasn’t medically focused and filled up the days when I was too ill to work or do all the other normal things I would usually be doing.

I would only fundraise for a charity I believe in and having benefitted from the Helen Rollason Cancer Charity’s services during my cancer treatment and recovery, I know first-hand the difference that treatment made to my well-being.

I have been running since I was 20, however a knee injury, having a young family and a cancer diagnosis meant I had to stop for a while and I really missed it. Years after my diagnosis I was back to my usual fitness level and decided to mark my 5 year diagnosis with taking on the famous London Marathon; something I have always wanted to achieve.

The event itself was indescribable and when I saw my friends and family cheering me on from the side-lines, it was all hugs and tears! Even people I didn’t know where cheering me on; ”keep going!” “you’re doing amazing” and “you’re smashing it!” It really spurred me on to keep going. I’m so pleased I was able to support the charity; it was only fitting I give something back to them after all they had done for me.” 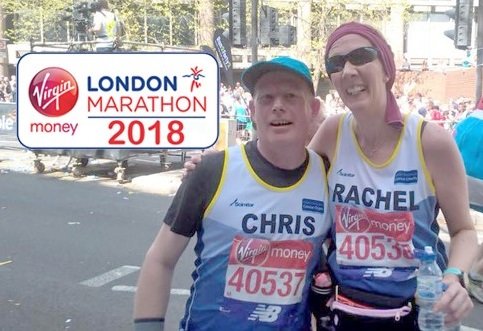 “Sadly in June 2017 my wife Tanya lost her battle with cancer; she was such a truly inspirational and brave woman and I know she would have been so proud of me and Rachel, Tanya’s sister, who I also ran with on the day.

Tanya spent a year having her chemotherapy, treatment and tests at Broomfield Hospital in Chelmsford and the Helen Rollason Cancer Charity Support Centre at Rochelle House. They got us all through the saddest and most worrying of times and I can’t thank the charity enough on the truly astounding job they do.

I decided to run the 2018 London Marathon to give something back and raise money to help other people who are affected by cancer to get the much needed help and overwhelming support, just like Tanya did.

It was a tough and emotional day; the heat made it even harder but the support from my friends, family and everyone lining the streets cheering us on, really pushed us to keep going. It’s an experience I will never forget.”

If you’ve been inspired by this year’s London Marathon runners and want to find out more about running for us in 2019, we’d love to hear from you!

Get in touch today by calling 01245 380719 or emailing fundraising@helenrollason.org.uk 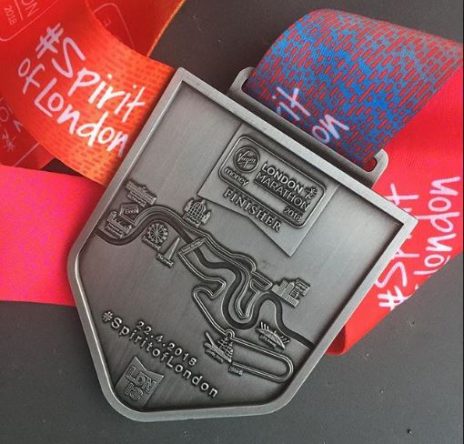