48 brave supporters tackled the charities first ever Big Battle event on Saturday 29th September, which took place at The Event Village opposite the Secret Nuclear Bunker in Kelvedon Hatch. Over £5,000 has been raised for the Helen Rollason Cancer Charity with more sponsorship money still coming in! 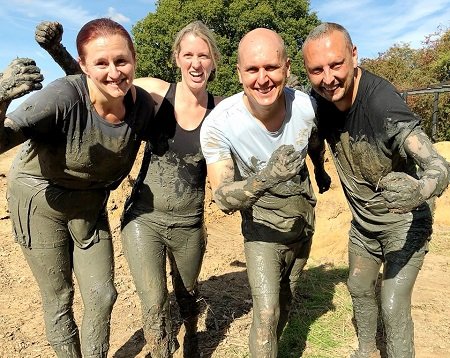 The 5km course tested their endurance, speed and strength, all in the name of charity. Personal trainers escorted participants around the course which saw them take on the famous Nuclear Races obstacles including the 15 lane Zip-wire into water and 20’ free-fall Deathslide.

“Our team of intrepid accountants had a fantastic time! When we initially heard about the event, I tentatively circulated the details expecting maybe one or two brave and/or bonkers members of staff to sign up, but I was delighted when I quickly had a list of 10 eager participants!

We’re supporting the Helen Rollason Cancer Charity as our charity of the year 2018/19 and so this was the first of many fundraising opportunities for Lambert Chapman LLP to be involved in.” 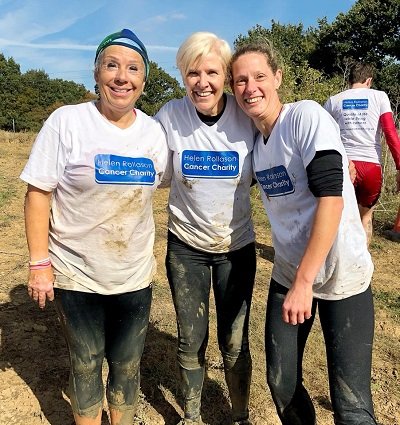 “As the newest Partner at Lambert Chapman LLP, I was keen to show my support for our Charity of the Year. While I was rounding up members of my team to sign up for the Big Battle, I was challenged to take on the course myself – an offer I later found out I could not refuse! What an incredible day.

The Helen Rollason Cancer Charity means a lot to our staff as two of our colleagues here at Lambert Chapman LLP have needed to call upon their services and so we wore our blue t-shirts with pride.”

Janet Peacock, 63 from Braintree said “Charlie supported me throughout the run and my family came along to cheer me on. It was completely out of my comfort zone but I set myself the challenge and I was determined to complete it, and I did!”

Sarah Rayner, 30 from Hutton works at ProMedical Personnel Ltd based in Brentwood; she was part of the team of 15 colleagues who took part;

“As well as raising money for an invaluable charity, it was also a fantastic team building exercise for our company; we definitely bonded and helped each other throughout the run. I loved being part of the team!” 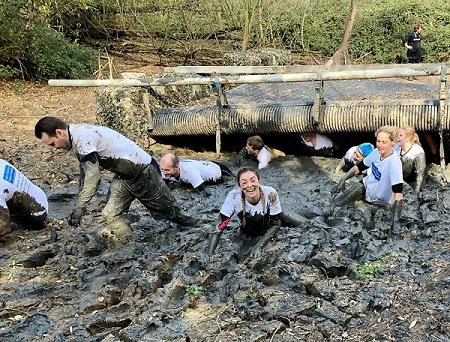