Caroline Walker, 48 from Braintree shares her cancer story and how the Helen Rollason Cancer Charity helped her through her treatment.

It was during a relaxing bath that I noticed a lump on my right breast. Immediately I had a gut feeling that this was something serious, I lost my beloved nan two years previously to breast cancer.

I saw my GP the following day who referred me to Broomfield Hospital. I was seen four weeks later, it should have been within two weeks but there were backlogs at the hospital; the waiting was horrendous. I went with my amazing friend Jo to see Gill Clayton where a mammogram, ultrasound and biopsy were carried out. I was told that this was almost certain to be breast cancer but the biopsy results the following week would confirm. 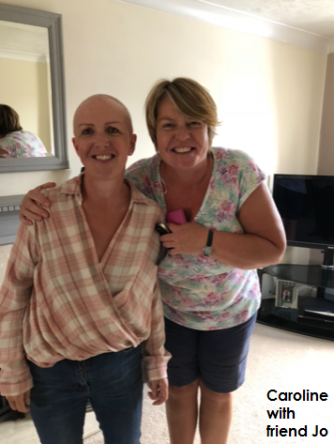 I was diagnosed with a grade 3 invasive ductal carcinoma (idc) Her2-negative, ER positive for breast cancer. I was booked for surgery nine days later where the tumour was removed and three lymph nodes were taken; I reacted badly to the anaesthetic.

Initially I only told my family and close friends as I wanted to focus on my diagnosis, treatment and recovery. I took Arnica capsules before and after my surgery which helped immensely with the swelling and bruising. I was so relieved when I was told the cancer hadn’t spread to my lymph nodes and I was able to have onco-type DX testing where the tumour is sent to America, there it’s behaviours/aggressiveness is analysed and you are given a score between 0-100. My score was 32 which meant I would benefit from Chemotherapy.

I recovered well from surgery and started Fec-T Chemo on 16th August at Broomfield Hospital. My first appointment was daunting and scary however the nurses really put me at ease, music was playing and the atmosphere that the nurses created was amazing. They really made a devastating experience manageable with their upbeat personalities, care and constant smiles.

During this time my relationship broke down but throughout my treatment I was blessed to have my two children Niamh 17, Cameron, 15, my incredible best friend Jo and my two brothers Anthony and Chris. Between them they became my bubble who attended all appointments with me. They were my rocks and I feel very blessed to have had such wonderful support.

Two weeks after my first Chemotherapy session my hair started to fall out. I noticed it on my pillow, on my clothes and around the house. I was enjoying a walk along Papermill Lock in Baddow with my daughter and her boyfriend when my hair started to fall out in the wind. I had been dreading this, the thought of having no hair was something I couldn’t bear to contemplate but I knew at that moment I needed to take charge and have my remaining hair shaved off.

The following day Jo was by my side yet again when my hair was shaved. The relief of the discomfort on my scalp was immediate. I soon realised that it wasn’t as traumatic as I had thought it would be and wished I had shaved it earlier. I wore scarves for the first two weeks then made the decision to go bald. I had purchased a wig before my Chemotherapy had started but never wore it and instead donated it to HRCC. 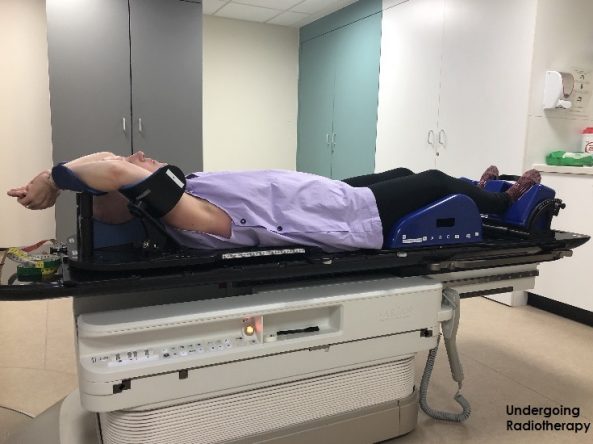 18 weeks of Chemotherapy ensued and each visit I either had Tony, Chris or Jo with me. It was during my Chemotherapy that I started attending The Helen Rollason Cancer Charity. My breast care nurse had given me information about this charity and encouraged me to go along and benefit from the services they provide to cancer patients.

I initially attended a breast cancer support group which they hold on a monthly basis, it was reassuring and a place I felt I could really talk to others who were going through the same thing. Within days I was attending the centre for reflexology treatments, yoga, mindfulness and counselling sessions. The care I received at the centre was incredible and a real lifeline for me. 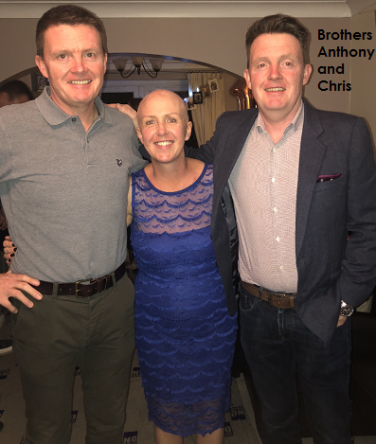 Mindfulness with Jodie is probably one of the hardest things I have ever done but the most life changing. I benefited hugely from mindfulness and now practice it every day. My mum had been encouraging me for the past four years to take up yoga but I was always too busy to put myself first. Breast cancer quickly changed my attitude and I found a local yoga group with Rosie and the benefits to me mentally and physically along with the treatments I had been receiving have helped me stay focused, strong and has taught me to be kind to myself.

Four weeks after Chemo finished I started Tamoxifen; a hormone medication which I will take daily for ten years. I also began Radiotherapy daily at Colchester Hospital for four weeks. I found the first treatment very scary and on day three I started to bring The Greatest Showman CD along with me that the Radiographers were more than happy to play which made the treatment more bearable. The staff soon knew me as the lady who had this CD which they all said they also enjoyed. 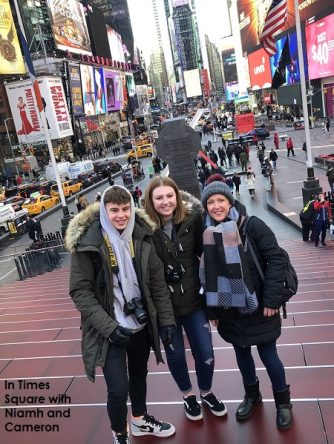 Throughout my treatment I had days of feeling absolutely shocking but they were followed with days of feeling well and being able to get out in the fresh air everyday really helped. I kept a daily diary during treatment and also had a breast cancer book which I wrote everything in. Questions I needed answers to, treatment plans, consultant conversations, medications etc. The person who escorted me to my appointments always jotted down notes from the conversation, I would really recommend others do this as it’s so overwhelming and you cannot take everything in that is being said to you.

12 days after my last Radiotherapy session and much to the amazement of my doctors, family and friends, Niamh, Cameron and I jetted off to New York to celebrate Niamh’s 18th birthday. Cancer has totally changed my outlook on life; I now take things far more slowly, I appreciate the wonderful things around me and I remain positive.

Helen Rollason Cancer Charity is somewhere I never ever thought I would attend but now it has become my salvation, a place of calm, kindness, smiles and beneficial treatments which have certainly aided my mental and physical recovery. I volunteered for the HRCC Vintage Fair in the Summer which was a great success, I showed people around the new Mid Essex Support Centre at the beginning of October and volunteered at their Christmas Fair in November. It’s a small thing I can do for a charity that helped me so much.

I had cancer… …cancer didn’t have me.

If this article has raised any concerns then please contact your nearest Helen Rollason Cancer Charity Support Centre; you can find your nearest one by clicking here.